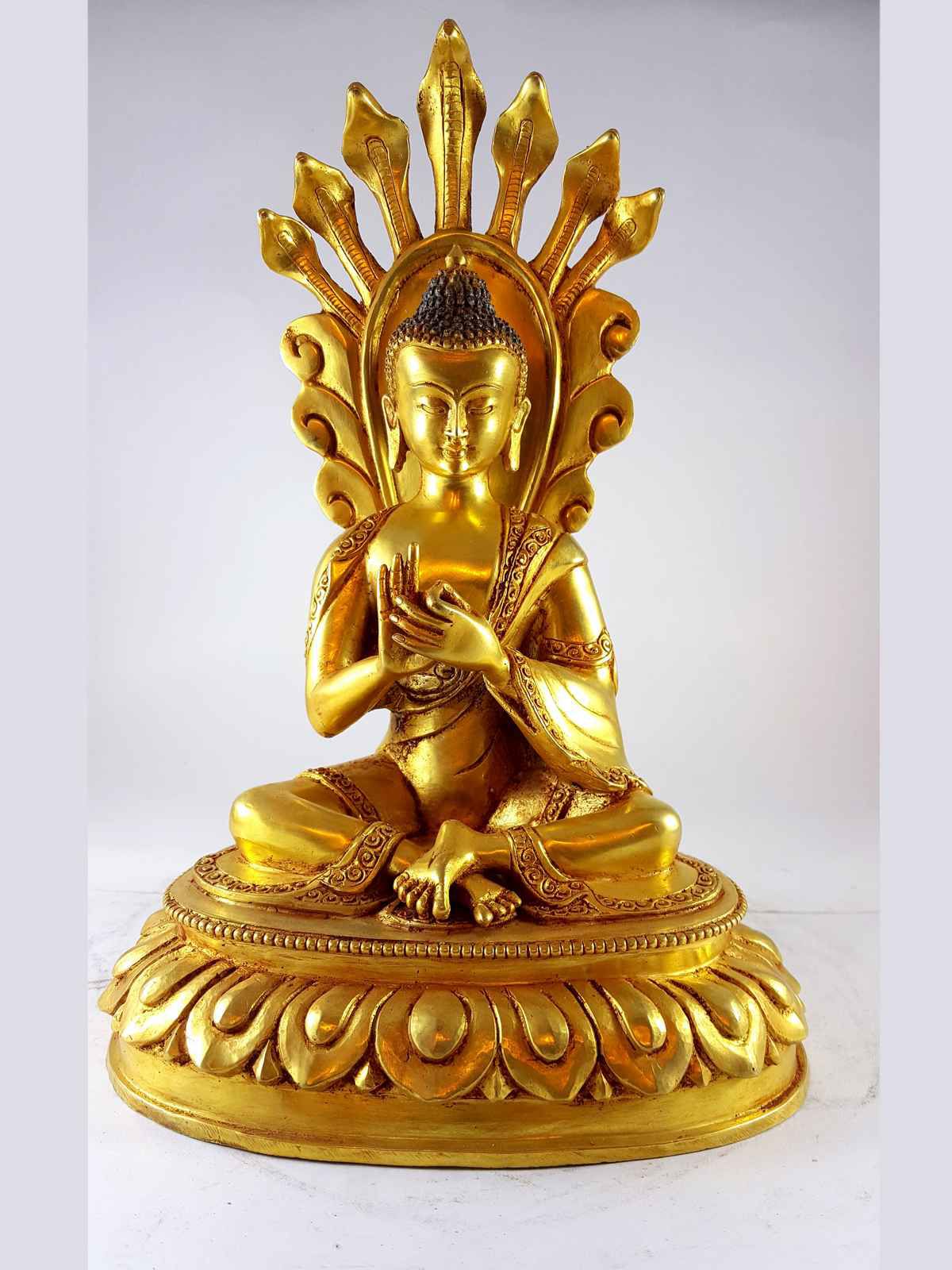 Nagarjuna Statue is made with a modern and healthier medium of gold plating, here the gold plating is done by flowing electric current between two metals.

Statue of Nagarjuna Magasuddhi is made with modern and healthier medium of gold plating, here the gold plating is done by flowing electric current between two metals.

This kind of gold plating is very fast in comparison to the traditional fire Gold plating, but due to advances in the technology, the difference in the quality of gold plating between the two is decreasing.

In this process, the statue is first plated with silver, and then later plated with gold.

Nagarjuna was the greatest Buddhist philosopher and mastered all the sciences and especially Magic art. He is said to have acquired Siddhi by which he magic power he obtained the Rainbow body and was thus able to come invisibly at will and transport himself from one place to another by a supernatural power.

According to Buddhist texts, Shyakmuni predicated the rebirth of his disciple Anand under the name of Nagarjuna founder of the Mahayana System.

You need to Login first